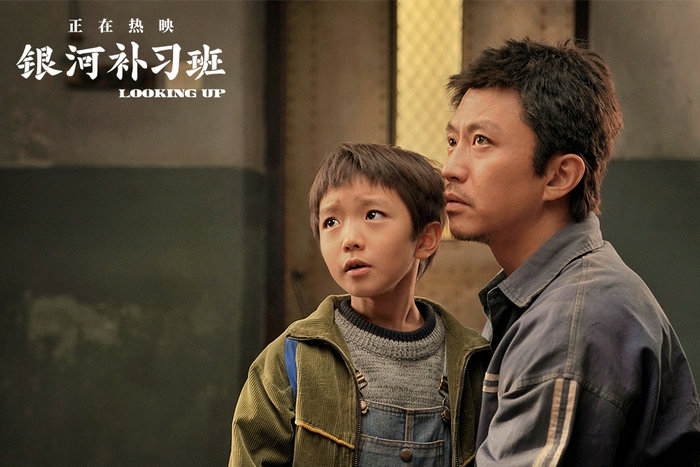 The film "Galaxy Tutoring Class" jointly directed by Deng Chao and Yu Baimei was officially released on July 18th, 2019. The astronauts accidentally lost in the vast space. In the greatest desperation of life, he recalls his greatest daddy. An unusual father and son crossed a long time and the story of guarding love and affection began slowly.

The film "Galaxy Tutoring Class" focuses on father and son family and family education. The film is warm and yet profound, showing a moving story that spans 30 years of a long time. The protagonist Ma Haowen and his son Ma Fei are an unusual father and son. As an engineer, the dad was jailed for taking the unit for a black pot and missed his son's seven years. When they met again, Ma Fei has become a "problem teenager" at the bottom of the score. Regardless of the eyes of others, Ma Haowen always believes that Ma Fei is the smartest child in the world. Dad and the director of the school, who is strongly dissatisfied with Ma Fei, has set the top ten gambling responsibilities of the next grade. And he began to use his own unique educational methods to lead his son's growth path. Can Ma Fei be "reborn"?

The most touching part of the father-son story is to evoke a high degree of resonance among the audience, across age and background. “Crying from the beginning to the end” has become the most eye-catching label in the audience's word of mouth. For those who are children, they remembered their fathers, sharing their fathers bit by bit. Many children have said "I love you" with Dad for the first time after seeing the film. The real and touching scene is moving. Parents are equally touched. Parents see their own shadows from Ma Yuwen's body or frankly use Ma Haowen as a benchmark.

The reason for this resonance is that the two directors, Deng Chao, and Yu Baimei, integrated their own father’s experience and understanding into their creation. This sincerity also touched Eason Chan. A "People who believe in you" interprets the strongest and deepest fatherly love, listening to crying people. During the film on the roadshow, Deng Chao left an empty seat for his father in the sky. I believe that this film dedicated to fathers will be loved by more fathers in the world.

The story of "Galaxy Tutoring Class" spans 30 years of historical change. From the Beijing Asian Games in 1990 to the return of Hong Kong in 1997, then to the catastrophic flood in 1998, the film outlines a grand picture of the times and awakens the memories of the Chinese people.

Hebei Haijie Modern Educational Equipment Co., Ltd. was founded in the year of 1996. Haijie is a company with its own historical culture. Haijie is also growing from small to large. Employees are from fewer to more. And it is getting better and much better all the time. Haijie has a strong corporate culture, full of positive energy!

In the big family of Haijie, from leaders to workers, colleagues in each department love, help and respect each other. Our company has always advocated solidarity and friendship. We are not only colleagues but also brothers and sisters. The company is getting better and better, and it is the goal of each of us! We will always try our best to achieve it!