The Dragon Boat Festival also called the Duanwu Festlval，is celebrated on the fifth day of the fifth month according to the Chinese calendar. For thousands of years， the festival has been marked by eating zongzi and racing dragon boats. To hold the dragon boat races are in memory of Qu Yuan，one of the greatest poets in China. 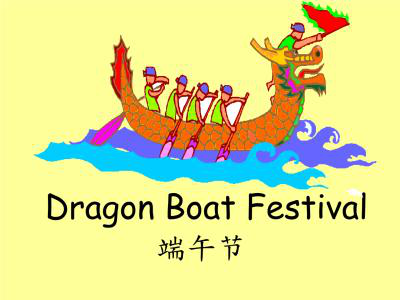 Qu Yuan was born in Zigui of Hubei province over 2,200 years ago. Qu Yuan was an honest minister of the State of Chu, during the Warring States Period （475—221 BC）。He was upright and wise. He wanted to bring his country peace and make the state stronger, but the country was in the hands of bad officials, he failed. At last ，he was very discouraged, he ended his life by throwing himself into the Miluo River. It was said that people jumped from the boat into the river and tried to save him. But it was too late. Also, they were very sad and they threw rice into the water to feed Qu Yuan's spirit.

Now we read his poem Li Sao which was filled with a deep love for his country. We can see the dragon boat races and have a kind of Chinese food named zongzi to eat during the Dragon Boat Festival.

Previous Smart Library Cabinet, Let Students Fall In Love With Reading
Next Bingbing Li ---- How Hard She Has Learned English!
our menu
Contact us
Send Inquirey